The Make in India fervour seems to be firing up restaurant kitchens too. And bar counters. This summer instead of strawberry martinis with Elderflower cordial, and Long Island Iced Tea, we saw a lot of desi cocktails and mocktails appearing on bar menus. Not just the ingredients, there was an attempt to serve them in Indian-style brass and copper tumblers.

Bartenders and chefs have always tried to bring in local ingredients into their menus. While the food was the focus of most experimentation, drinks are getting some attention too. Especially the non-conventional ones with local flavours adding to the surprise element. 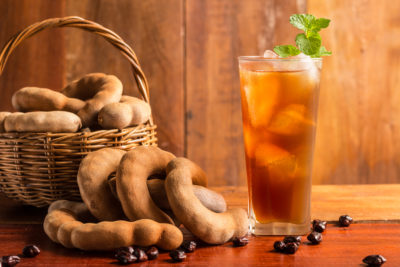 Muddling drinks with lemon and basil leaves is old hat. Of course, the classic mojito will always be a favourite but bartenders are flavouring drinks with new herbs. Curry leaves and tulsi are being tossed into drinks to add new flavours. The bold flavours of fresh curry leaves, crushed and tossed in a drink are magical, with the spicy notes diffusing around you as you savour the drink. Another Indian favourite that has made its way into drinks is paan or betel leaf. The paan (betel leaf pockets filled with arecanut, coconut shavings, sweet syrup and fennel) has long been an after-dinner mouth freshner.But it’s now making inroads into the bar menu with paan-flavoured drinks. Chopped and added as a garnish or muddled with lemon wedges, the fresh notes of betel leaf are indeed very refreshing. You can start with a paan-flavoured drink and round off the evening with a maghai. From paan shots to paan punch, the astringent quality of the betel leaf is an acquired taste though. 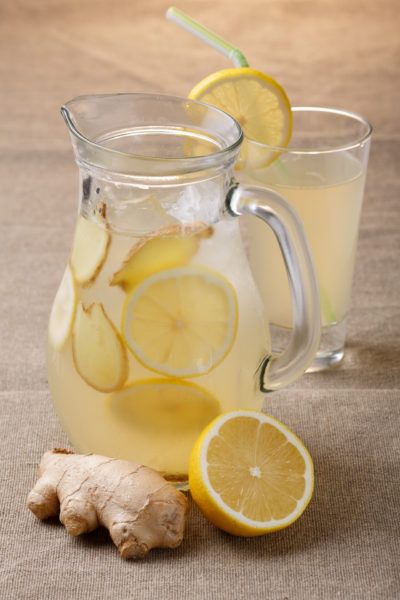 Indian flavours, fruit, herbs and ingredients seem to be finding favour in Indian kitchen with bartenders concocting cocktails with a desi twist. We were surprised to come across the Shikanjiroshka, at one of the bars. Shikanji is a summer staple in North Indian homes. With summers extending over three months and temperatures soaring really high, guests are offered tall glasses of shikanji when visiting homes in North India. The Shikanji is good old lemon juice laced with cumin powder, black salt, pepper and ginger. The Sikanjiroshka that we tried was laced with vodka and crushed mint leaves to add more punch to a summer favourite. We also came across, at the same bar, the Liquid Kachumbar cocktail, a drink that had white rum, coriander, green chillies, Gondhoraj lime from Bengal and cucumber cubes. Kachumbar is a cooling green salad made with cucumbers, coriander and green chillies but here it became the inspiration for a drink.

The juicy Indian guava has also been used quite extensively in drinks with the guava chilli combination seen quite frequently on bar menus. Another fiery drink that caught our attention was the Liquid Guntur Chutney, an ode to the spicy variety of chilli from Andhra Pradesh, mixed with mango juice, vodka and a dash of vanilla.  The drink had the strong flavour of chilli but the sweet mango blunted its edges a bit.

Just like the West is going through a kale and chia seed fixation, we’re rediscovering the wide array of fruits that we’ve been sidelining in favour of oranges and water melons. The purple jamun, with its beautiful pink juice is not only visually appealing but is packed with many health benefits. This summer we sampled a Jamun martini with the sharp flavour of lime. Jamun juice (kala khatta) if you recall, was a summer staple from childhood. The dark purplish black juice, in its concentrate form, was always dramatic in how it coloured the water or ice with its inky hues. Here again, it was spiced with cumin and black salt. The best part of a jamun drink is the slightly astringent after-taste that lingers on your tongue, long after you ‘ve had the drink.

If its summer, the king of fruits – the mango, finds it’s way into most dishes and drinks. Presenting a new way to enjoy a drink, one bar froze mango juice and vodka into an ice gola, a nod to the icy street food dessert that’s common in North India.

Khus, another typical Indian flavour, was a strong favourite this summer for its cooling properties. Paired with chilli, vodka and lemon fizz, this drink was sharp to taste but had a delightfully mild bouquet of aromas.

We also found a jackfruit, vodka and guava drink on a menu. A brave attempt to mix unusual flavours.

A lot of bartenders are experimenting with familiar flavours. A mango drink spiced with a hint of pickle masala or jaggery syrup used to sweeten a cocktail is often seen on bar menus. Another typical Indian favourite is the kokum, that tarty berry which gives you the most beautiful ruby pink juice. Added to any cocktail, it can instantly make it a beautiful drink, while adding the unique sour notes to that drink that Indians along the western coast have enjoyed for ages.

So take a look at what’s in your fridge and think of how you can make you drink a little more desi.

SignUp for our newsletter

Thank You for subscribing to our newsletter. We will keep you posted about latest recipes, industry trends, new products and more.
© Copyrights 2017 | Food Service (India) Pvt. Ltd | Credits PivotRoots